Should You Patent Your App? 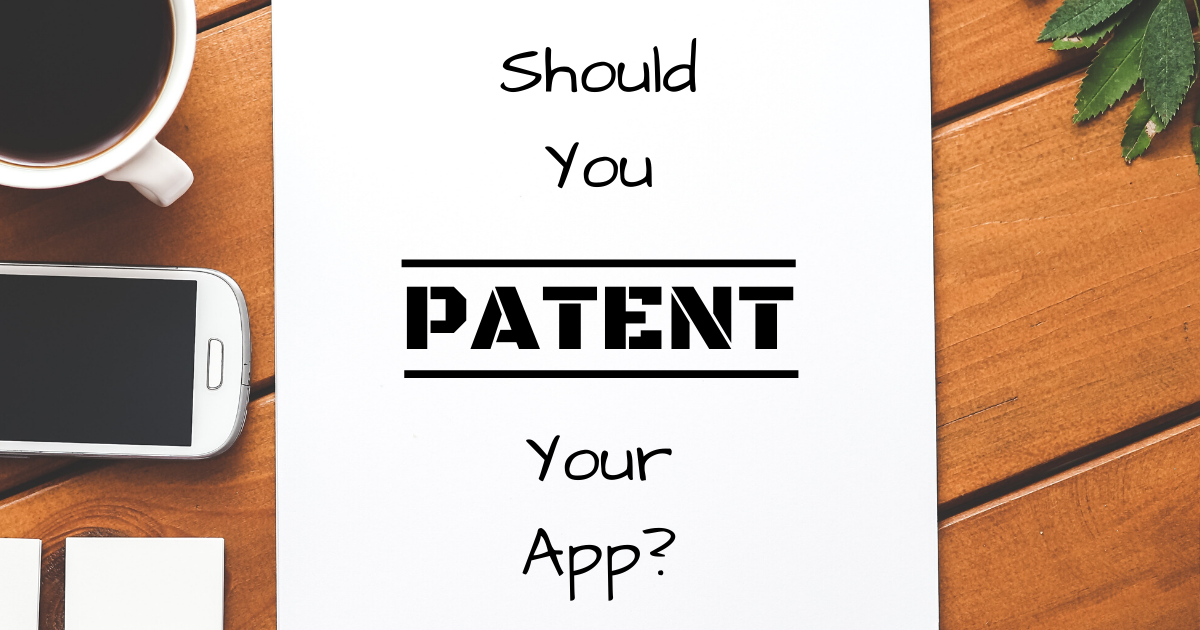 Note: I am an app developer, not a lawyer. The contents of this blog post are not considered legal advice, and you should always seek the counsel of a licensed attorney if you have any questions.

In the app development space, there are a lot of mixed messages about the need for a patent.

If you’re at the early stages of creating an app, you might be playing around with the idea of patenting the technology behind the app. Similar to the app development process, patent filing is a big undertaking.

When building your mobile app, you could file for a patent for your app... but should you? We compiled some things below to consider before submitting your application.

Listen to this podcast episode where we interview Amanda Brooks, inventor of the app FASTZach, about her experience filing for a patent.

Things to consider around the patent process:

In order to create a patent, your app needs to qualify for patent protection. To simplify it, the test for qualification looks at three things:

The part of your app that you are patenting needs to fall into one of these subject areas: Process, Machine, Manufacture, Composition of matter.

Also, it can not be tied to one of these areas of exception: Laws of nature, Physical phenomena, Abstract ideas.

The part of your app that you are patenting can’t already be available to the public. The law around patents specifically states:

(a) NOVELTY; PRIOR ART.—A person shall be entitled to a patent unless—

Interestingly, this is where the concept of “prior art” comes into play. If the thing you are trying to patent is already in use somewhere in the world, then your app cannot be patented.

The part of your app that you are patenting has to be “non-obvious”.

If a person of “ordinary skill” in the relevant field of technology (on the filing date of the patent) would have thought that the technology was obvious, then the technology is not patentable.

After submitting your application to the US Patent and Trademark Office (USPTO), it goes through 18-24 months’ worth of iterations and reviews and office actions before you get any validation or formal documents back. The mobile app development space moves much faster. After you receive your patent, is your idea still relevant?

It took Facebook founder Mark Zuckerberg 6 years for his first patent application to be approved, which now, according to ReadWrite, may not be worth much.

You could also miss the boat in terms of coming to market in advance of competitors.

Cost to enforce a Patent

A much larger company could create an app with technology similar to yours. Are you prepared to sue? Take for example companies like Apple, Google, and Facebook who have nine-figure budgets for legal alone. When it comes down to it, a patent is just a fancy piece of paper unless you have the money to go after companies who infringe upon your patent.

“Prior Art” (or pre-existing technologies)

There are several ways to invalidate a patent, but one of the more common ones in the tech space is to prove that the technology described in a patent is not “novel”.

There could be existing technology, filed years back in a patent, that conflicts with what you’re doing. If you’re filing a patent, you’ll need to make sure that your app is actually novel.

Likelihood of being awarded the patent

According to the US Patent and Trademark Office, over 600,000 patents are filed in the United States each year, and only roughly half (52%) of these filings go through.

Cost to file a patent

Apps in and of themselves are expensive. Are you prepared to throw on another 5 figures for a patent when this money could be spent getting your app to market or adding additional features to your MVP?

If you’re interested in the full price breakdown for a patent, the USPTO has a somewhat overwhelming fee schedule available on their website.

Cost of maintaining a patent 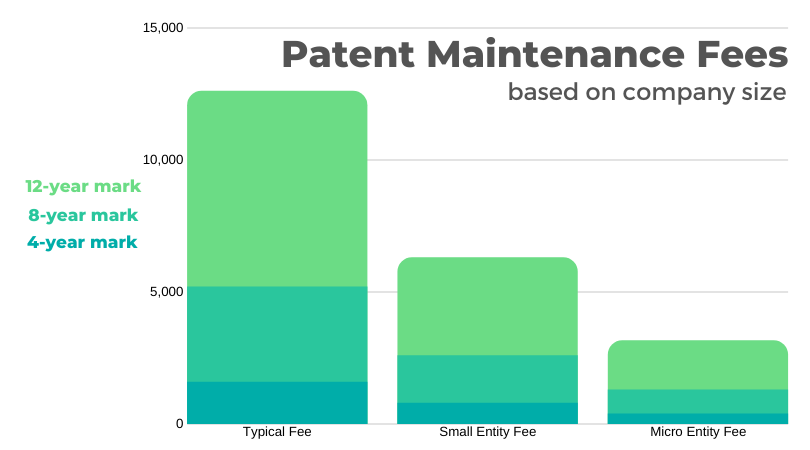 What about Provisional Patents?

So far, we’ve been mostly discussing traditional patents. There is a way to avoid some patent filing fees while flight-testing your app by filing a Provisional Patent Application (PPA).

A PPA provides you a year to test your product in the market before continuing with the lengthy and expensive traditional patent application process.

However, there are some cons to this approach: most notably, if you discover additional technologies during your one-year discovery period that you want to add to your patent and the inability to request extensions. (As of writing, a proposed change allowing a 12-month extension to a PPA is being considered by the USPTO.)

Here are some facts for PPAs from the USPTO’s website

We wouldn’t say that all apps should avoid patents. It’s important to understand what a patent actually does for you and that your reasons for getting patent protection aligns with their purpose.

Patents were created to give inventors the right to a limited amount of time to profit off of their discoveries. They exchange this right with a detailed listing of how their invention works so that the public can ultimately learn from their discovery and potentially improve on it.

There are some cases where patents make a whole lot of sense. In our experience, these cases often exist in the medical technology realm, but can exist in any area where an idea or process is novel and non-obvious.

Well then, should I patent my app?

As you’ll find with most things in the world of app development, the answer to this question depends on your specific case.

The only person who can really answer this question is you. If you believe your idea is truly novel and non-obvious, and you are willing to invest $30,000 to protect your idea, then by all means, go for it.

We believe you should go into the patent process with your eyes open and for the right reasons. We’ve worked with clients who have gone down the path of patent protection and found it to be a waste of time. Other clients feel that the value a patent adds to their company combined with the peace of mind that it affords them is worth the cost and effort.

If you are considering the patent process, we suggest tapping your network and talking to several people about their experiences (as well as the results). They will be the best source for disclosing all of the hidden costs and struggles associated with patents.

If you’ve ever watched Shark Tank, you’ll notice Sharks rarely get excited when an entrepreneur mentions they have a patent or that their product is patent-pending. We think Amanda Brooks, inventor of FASTZach, perfectly sums up why:

“The smartest people in business are having conversations about how to work together. They're not saber-rattling and slapping people with cease and desist letters. They're trying to find a way to exist and work within the same environment.” - Amanda Brooks